Brain Buddies in the House!

Brain tumour is the second most common childhood cancer. The process of recovery is fraught with challenges as it affects wide-ranging aspects of the patients’ daily life to various extents, including physical health, emotions, academic studies, family life as well as interpersonal relationships. It is therefore our mission to strengthen our support services for child patients with brain tumour as well as their families. Since the launch of the “Standing with Brain Buddies” campaign in August 2016, we have met with a lot of brain tumour survivors and their family members through activities, discussing the challenges they faced and the support they needed to help us plan better services. Following rounds of preparation work, we staged “The Brain Tumour Club Launch Ceremony cum Educational Talk and Programme”, and officially started the Support Network on 3 March 2018.

The Support Network was named as 反斗奇Brain at the event. The name was given by Hoi Yan Kwan, a brain tumour survivor who received the highest number of votes in the naming competition. 反斗奇Brain alludes to the complexity of the human brain and symbolises the fortitude of the families fighting cancer are like the characters in the movie, Toy Story. We also invited Dr Andy Cheng, Associate Professor of the Department of Rehabilitation Services at The Hong Kong Polytechnic University and Dr William Li, Associate Professor of the School of Nursing at The University of Hong Kong to share with us the role and application of sports and cognitive training in the rehabilitation of brain tumour patients. At the same time, child and youth patients of brain tumour took part in cognitive and recreational programmes. Everyone had fun at the event and it offered us helpful insights in the planning of our future services.

During the group sharing session, parents with children at different stages of cancer shared their stories through photos. Parents with a child at an early stage of treatment can learn more from other parents about what to expect in the later stage. “My child was just diagnosed with brain tumour. In fact I’m still clueless as to what will happen and what the therapy will entail… having heard about your experiences, I had a better understanding of what is to come…” The parent of an adult survivor also shared the anxiety and stress that has stayed with her for life. Participants in the group felt such mutual support is invaluable. “My child has already completed the therapy and entered university, but the residual tumour is like a time bomb for me. The worry has never left me. Only the people sharing the same experience will understand how hard it is to be at peace…”

A father expressed that he became more understanding towards his wife, learning to communicate and support her better, when their child was recovering from brain tumour. Other mothers also wished their husbands had heard this sharing, and planned to invite their spouse along in the next gathering. The parents cherished their time together, taking loads off their chest and getting strength and support from each other.

Now that “Brain Buddies” are established, let’s all encourage the fellow “buddies” and their families, cheering for them in solidarity on their road to recovery: “add oil”!

Reflections from a colleague

The one-day event ended in the blink of an eye. I watched the child patients and their parents get on the shuttle bus one by one, and waved them goodbye, still savouring the heart-warming memories of the day. Today I could feel what “the unbearable weight of being” means in all its profundity. A father said at the sharing, “One of us getting sick is like the three of us being sick all at once!” Ever since his son was diagnosed with brain tumour, the whole family has been living in great distress. Even though the therapy has ended, they still have to cope with one challenge after another. I wanted to see them off not because of their misfortune, but because of my admiration for their enduring love and not being beaten by “the unbearable weight of being”. It also reminded me this saying: “Viruses may rot our bodies, but love empowers us to walk on with pride!” The shuttle bus diminished at the distance. May all child patients and their families live on with our best wishes. 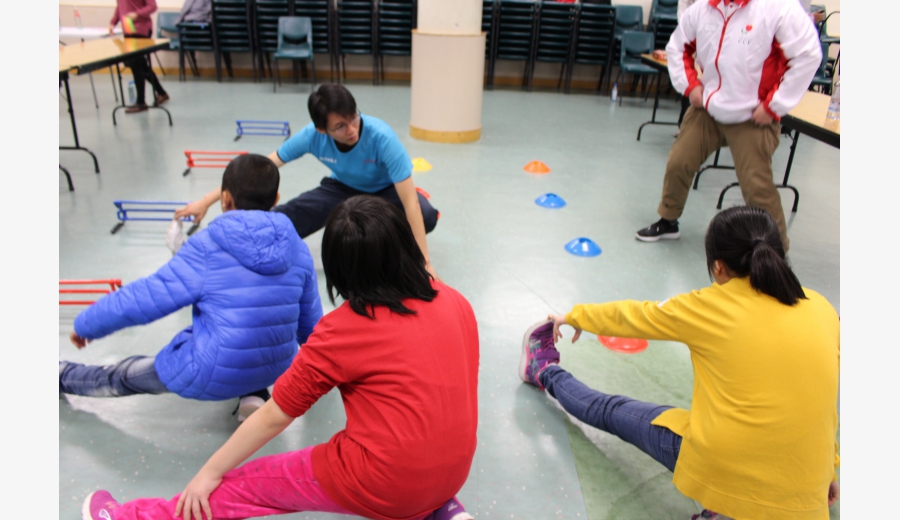 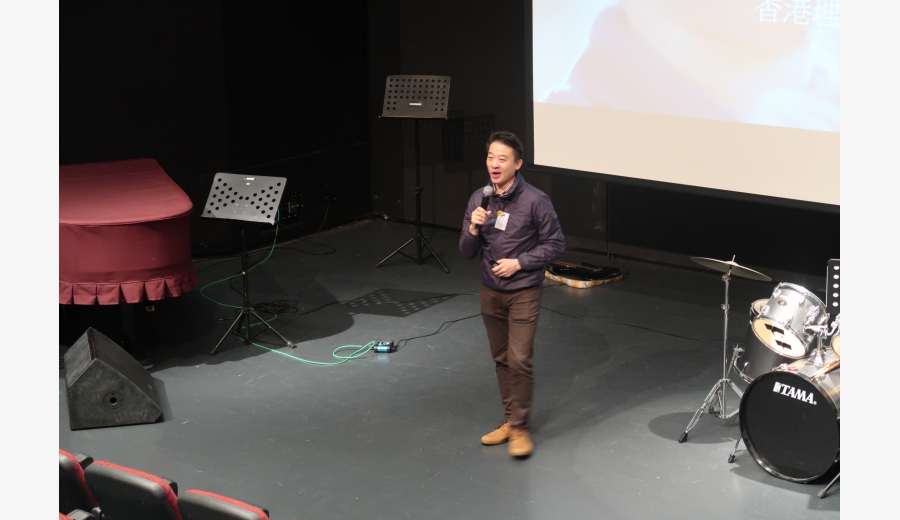 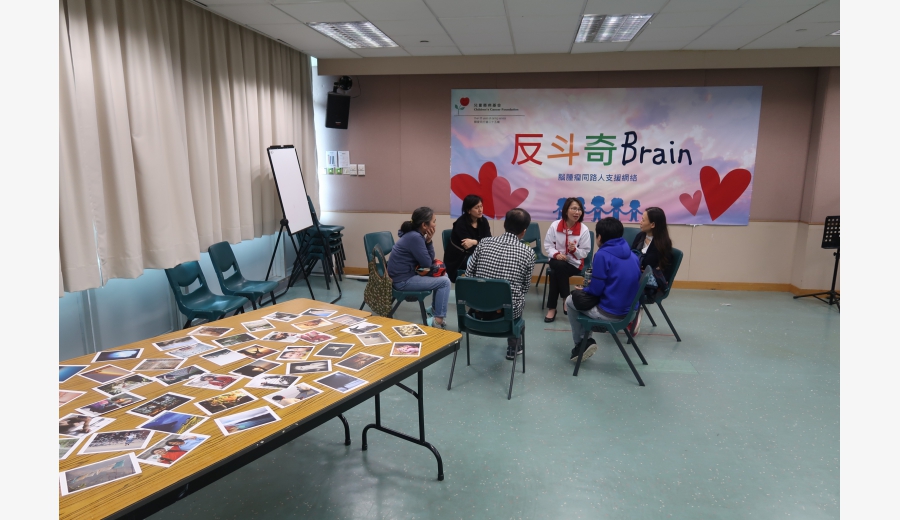 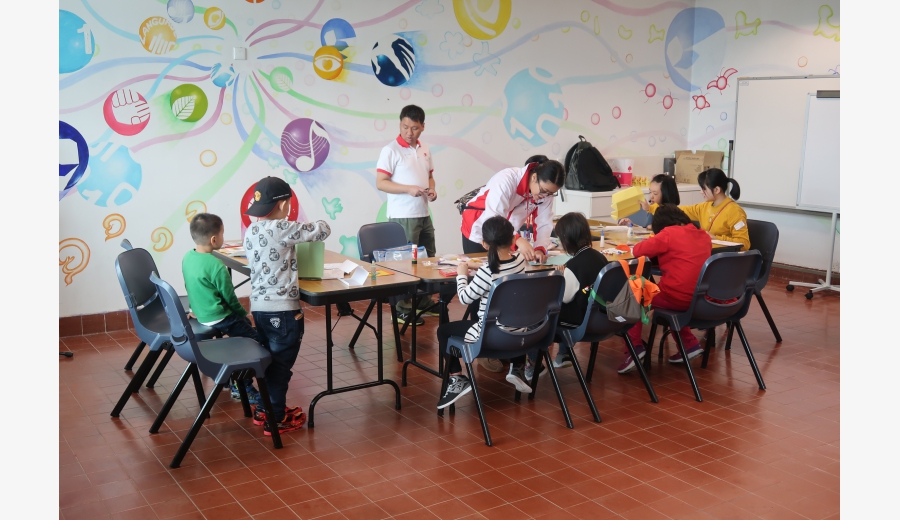 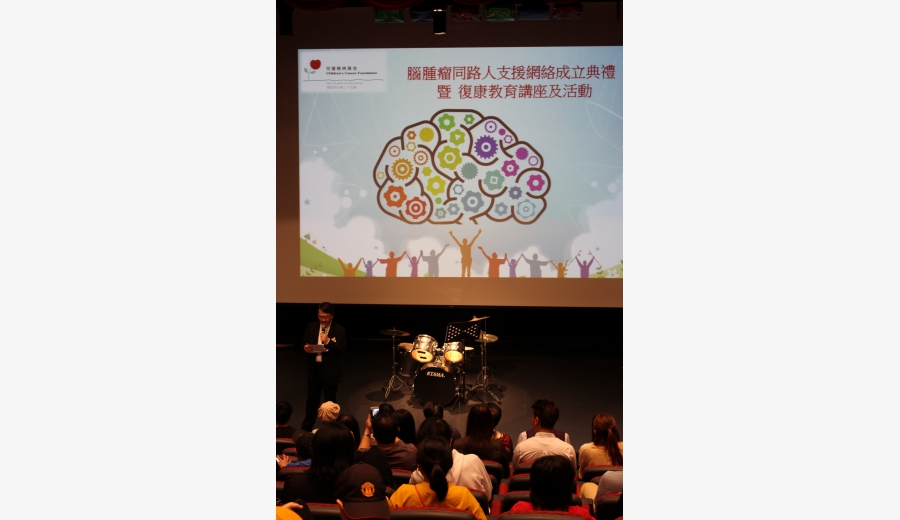