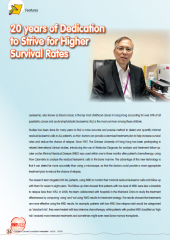 20 years of Dedication to Strive for Higher Survival Rates

Studies has been done for many years to find a more accurate and precise method to detect and quantify minimal residual leukaemic cells in acute lymphoblastic leukaemia (ALL) patient’s, so that doctors can provide customised treatment plan to help increase survival rates and reduce the chance of relapse... 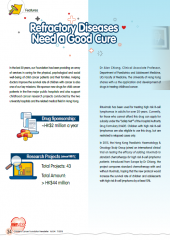 In the last 30 years, our Foundation has been providing an array of services in caring for the physical, psychological and social well-being of child cancer patients and their families. Helping doctors improve the survival rate of children with cancer is also one of our key missions... Post traumatic growth (PTG) has attracted a lot of attention in recent years.  It is defined as “positive experience and feeling one earns as a result of going through some negative traumatic events”.

The idea of cancer patients or family members experiencing something positive out of the illness does not mean to undermine the actual pain, suffering and loss brought along by the disease and treatment process.  Nonetheless, there is a possibility that “psychological growth” can be achieved when one can attach a meaning to the adversity.

Since 2010, the Foundation has been conducting research on PTG among local childhood cancer survivors.  This is the first study in Hong Kong that bridges the theoretical gap in this area of research.

Research finding suggests that patients with higher level of hope, more positive thoughts tend to have stronger post-traumatic growth.  Therefore, they are better adjusted in their life.

In Phase I of the research, 89 survivors aged 17-31 were recruited from CCF’s Long-term Follow-up Club.

Important clinical implications from the findings are outlined below:

The findings will help CCF develop evidence-based psychosocial services in the future.  This research is an ongoing exercise and further implications will be studied. 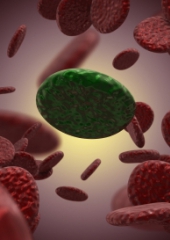 In this project, the Hong Kong Paediatric Haematology & Oncology Study Group (HKPHOSP) led by Prof. Godfrey Chan of the Department of Paediatrics & Adolescent Medicine of Li Ka Shing Faculty of Medicine, the Hong Kong University, found that the new combined treatment modality including the immunotherapy can improve the 4 years overall survival of children with metastatic neuroblastoma from 17.6% to 49.2%.  The median survival duration also improved from 1.8 years to 5.2 years.

Neuroblastoma, a tumour of the sympathetic nerve tissue, is the most common solid tumour in children after leukaemia, brain tumour and lymphoma.  It usually arises from the suprarenal gland found above the kidneys in the abdomen.  But it can also occur in the chest, the neck and the pelvic cavity.  50% of the cases are found in children under the age of 2.  This tumour grows rapidly and more than 65% of them already have spread beyond the site of origin when the child is first examined.

Prof. Chan said the incidence of the disease among Hong Kong children is approximately 5.1 per a million children.  The chance of cure for neuroblastoma depends on the site, histological characteristics, age of onset and the degree of tumour spread at the time of diagnosis.  For localised and well differentiated tumour in a child, the survival rate can be up to 90%.  If the tumor is widespread, the chance of survival is at best 20-30% only.  In general, neuroblastoma in infant less than 1 year of age will have better prognosis or even spontaneously regress.

The antibody therapy is named after the drug 3F8.  3F8 is an abbreviation of a specific monoclonal antibody.

Are there any side effects of the therapy?  Prof. Chan nodded his head and said, ‘Pain is the major side effect.’  Since some sensory cells also has GD2 protein on their cell surface, when 3F8 binds to the GD2 of the sensory neurons, pain sensation will be elicited and the message will be sent to the brain.  The pain usually starts in the middle or end of the daily3F8 treatment.  Medicines such as morphine can be administered to control the pain.  Thankfully, the pain is self limiting and transient only. 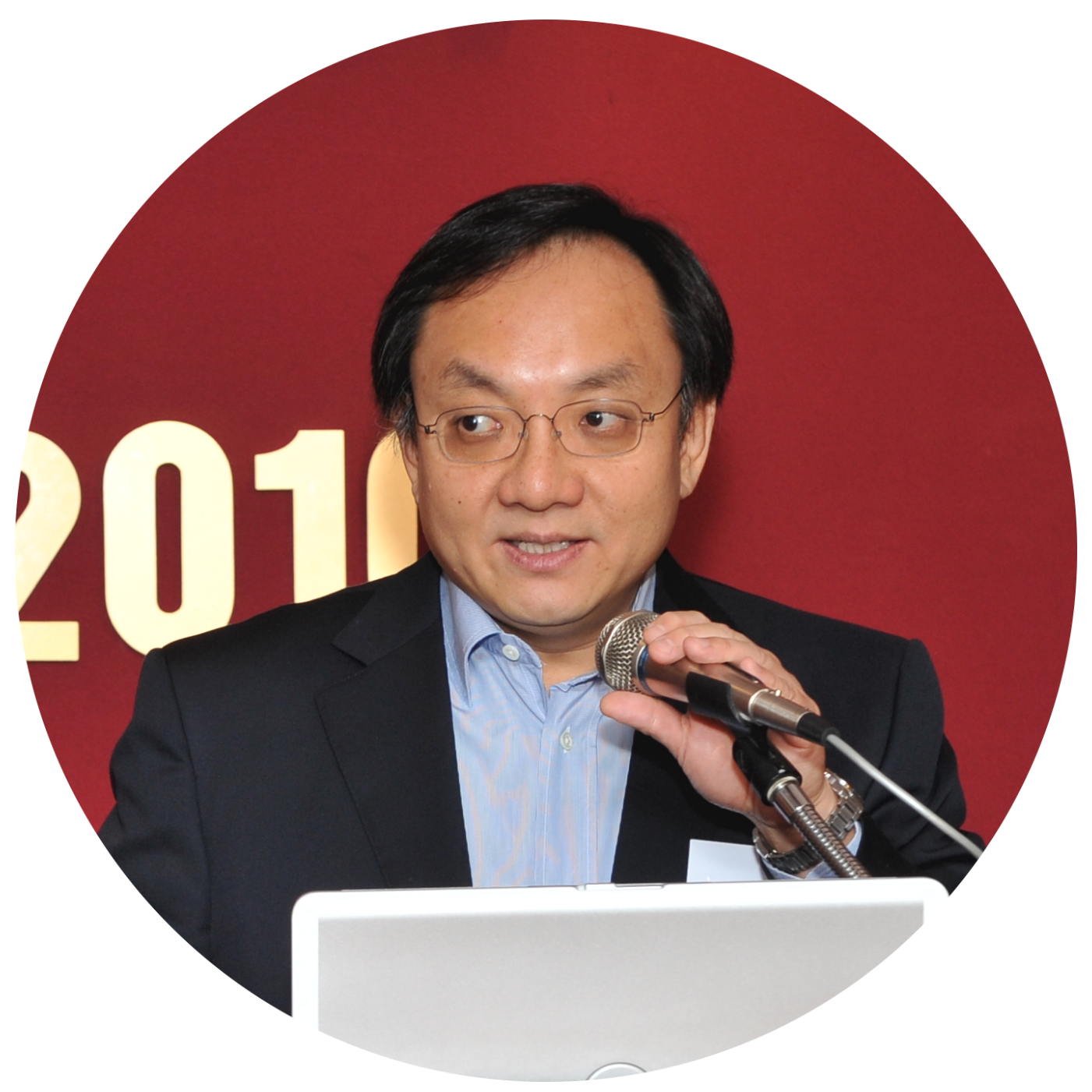 The Children’s Cancer Foundation interviewed Dr. Alan Chiang, Clinical Associate Professor of the Department of Paediatrics & Adolescent Medicine of The University of Hong Kong for insights about target therapy.

Dr. Chiang said, target therapy is a prevailing medical term in recent years.  Simply speaking, target therapy means the use of specific drugs to tackle the cancer cells.  Scientists worked on the research of specific drugs based on the characteristics of cancer cells.  This way in drug research helps to increase the survival rate and prevents the normal cells from being affected due to the drug specificity.

Even though ‘target therapy’ is a popular term in recent years, it has been in use in the treatment in early years.  Dr. Chiang illustrated it with a fact.  More than one decade ago, it is found that all trans retinoic acid (ATRA) can work well on the fusion protein PML-RARA, leading to apoptosis in the cancer cells of acute promyelocytic leukemia (APL), the third type of acute myeloid leukemia (AML).

Because this fusion protein PML-RARA is not present in normal blood cells, the drugs are specific to the cancer cells of APL.  Even though the term ‘target therapy’ did not exist at the time, ATRA had then been considered as specific therapy drug for APL.

However, the number of target therapy drugs applied to the paediatric oncology is small.  It is due to the fact that the quantity of drugs research in paediatric oncology is much less than the one in adult oncology.  Also only a few amount of target therapy can pass all tests and be qualified for clinical use.  For instance, Rituximab, a monoclonal antibody against the protein CD20, is used for lymphoma.  3F8 monoclonal antibody therapy is used for neuroblastoma.  Glivec, which can specifically inhibit a certain enzyme, can treat chronic myeloid leukemia (CML). 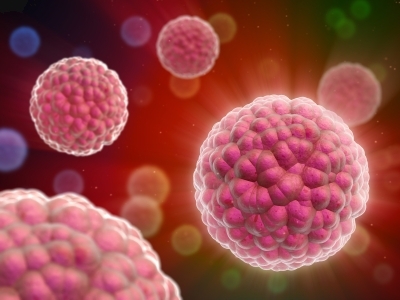 Take treatment in CML as an example.

Glivec can specifically target the fusion protein BCR-ABL in CML.  This has changed the whole treatment plan in CML.  The survival rate applied with Glivec is much higher than other standard drugs such as chemotherapy and interferon.  Glivec is well tolerated by most patients and can achieve long term control of CML in 90% of patients.  Thus, Glivec replaces chemotherapy and interferon and becomes the first line drug for CML.

Then will chemotherapy be totally replaced by target therapy?

Dr. Chiang said that it would not happen in short term.  Actually only Glivec shows the most remarkable clinical effect among target therapy drugs.  Most cancer types cannot be cured with one single drug because the drug resistance will inevitably appear.  Thus, combination of several therapies is applied in clinical treatment.

Dr. Chiang added that 70% of childhood cancer patients can be cured by the standard treatment nowadays.  The advance and application in target therapy is in hopes of increasing survival rate.  He expected that the public will be open-minded to observe the development and application of target therapy drugs and in the same time the public needs to be cautious as scientists who use clinical proof as rationales for drug application.  It should not just seek after new drugs because of fad. 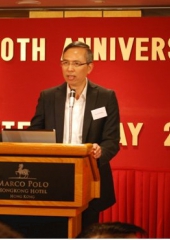 As this year (2012) is the 23rd anniversary of Cord Blood Transplantation (CBT), the Children’s Cancer Foundation has interviewed a renowned doctor about the recent advance in CBT.

Since the first successful CBT from a compatible sibling to a child with Fanconi anemia in 1989, the technology in CBT has been advancing, said Dr. Chi Kong Li, the Director of Lady Pao Children’s Cancer Centre, the Chief of Service of Department of Pediatrics of the Prince of Wales Hospital as well as Honorary Clinical Professor of the Chinese University of Hong Kong (CUHK).

In the past few decades, bone marrow transplantation (BMT) has been applied in treatment of incurable diseases such as leukaemia and lymphoma.  As time goes by, the number of nuclear families increases, making it harder to find a matched family donor.  At the same time, unrelated BMT has a higher complication rate and takes 3 months or longer to find a matched undated bone marrow donor.  But CBT requires shorter searching time for suitable cord blood.  This advantage is especially important for patients suffering from leukaemia.

However, Dr. Li said unrelated CBT was not common before 2006 due to the fact that only a finite number of stem cells exist in each unit of cord blood, and a single unit of cord blood might be too insufficient to secure an engraftment and to restore adequate marrow function for the patient as it depends on the weight of the patient.

In 2006, the Department of Pediatrics at CUHK and the Hong Kong Red Cross Blood Transfusion Service (BTS) jointly launched a three-year study on using double unit unrelated cord blood transplantation for patients who require BMT but without compatible related or unrelated bone marrow donors and insufficient single unit cord blood stem cells.  The rationale of combining two units of cord blood was to increase the total number of cells infused which in turn would enhance the chance of engraftment.  In the past 3 years, the Prince of Wales Hospital did BMT for 11 patients with acute forms of leukaemia.

The success rate in engraftment among these patients reached 90% and there was no increased transplant complication risk and 8 patients have no relapse of cancer.  Thus, double unit cord blood solved the difficulty in the insufficient number of stem cells in a single unit of cord blood, and gave one more chance for a cure for severe patients as CBT shortens the waiting time for a suitable bone marrow donor.

Therefore, the public cord blood bank is an important facility as a source of stem cells for transplant in order to increase the survival rate of severely ill patients.