Getting to know Retinoblastoma

“Watch out for White Pupil under Flash, Seek Professional Help when in Doubt”

When people talk about childhood cancer, many would think of leukaemia, bone or brain cancers. Rarely would anyone think that cancer cells could dwell in a child’s eye – the window of the soul.

Retinoblastoma (RB) is one of the most common eye cancers that generally attacks before the child turns two, of which a few cases are reported every year in Hong Kong. In over 100 local cases during 1980 and 2014, over 80% were diagnosed at late stage with eyeball removal as the only life-saving option.

In fact, parents only need to do one simple act and the situation could be resolved. Use a flash and turn off the red-eye reduction feature when you take a photograph of your child and watch out for ‘white pupil reflex’. Flash photography results in ‘red-eye effect’ in normal eyes, as the flash light is reflected off of the blood vessels of the retina. ‘White pupil reflex’ is one of the early signs of RB as there is a tumour on the retina obstructing the light. Parents should seek professional help if ‘white pupil reflex’ is suspected after several attempts of this test. If the child is indeed suffering from RB, he can be treated early and have the opportunity to keep his eyes and vision.

In view of this easy step to check for the white pupil reflex, sponsored by the Hong Kong Sanatorium & Hospital, CCF together with the Department of Ophthalmology and Visual Sciences of The Chinese University of Hong Kong (CUHK) organised a ‘Retinoblastoma Awareness and Education Campaign’. Through education video, posters and pamphlets, the campaign aims to raise awareness of RB among parents with children aged under five years old and healthcare professionals serving young kids, including paediatric clinics, family medicine and general practitioners, as well as Maternal & Child Health Centres.

Campaign Director and Assistant Professor of CUHK, Dr Jason Yam, stated, “Recently, the Department of Ophthalmology and Visual Sciences of CUHK has conducted a pilot survey of about 1,000 parents of kindergarten students, and found that over 95% of them have not heard of RB, and that close to 97% of the parents were not aware that ‘white pupil reflex’ is related to childhood eye cancer.”

In April 2017, CCF invited many medical professionals and more than 10 parents of RB survivors to the ‘Retinoblastoma Awareness and Education Campaign’ kickoff ceremony. Dr Carol Lam Po Sang, Associate Consultant of Hong Kong Eye Hospital explained in details about RB so that the parents have a better understanding on the early symptoms of this rare disease. Dr Eric Fu Chun Ho, Associate Consultant of the Department of Pediatrics, Queen Elizabeth Hospital, also spoke about the effect of post surgery chemotherapy on child patients, a topic that engaged all parents in the audience.

During the meeting, parents of RB survivors met with the doctors who were previously in charge of their children’s cases. They reminisced about the treatment days and talked about their children, the atmosphere was very warm and cheerful. Parents of the newly diagnosed were pleased to meet with fellow travellers who came through on the other side of the battle. They shared their anguish and hopelessness in dealing with having their child put up with eye surgery and chemotherapy, and more importantly about the child’s future post-treatment. While being thankful that they could meet people who understood what they had endured, the parents also felt more confident in facing future challenges now that they were better informed about the impact of treatment.

The aim of the Campaign is to raise public awareness, especially parents of new-born babies, on the importance of early detection of RB. Early treatment may result not only in the preservation of the eyes, but also facilitate a more efficient rehabilitation process in avoiding RB-related complications. In Hong Kong only a few cases of RB are reported each year, but it is far too many when the lives of our children are at risk. 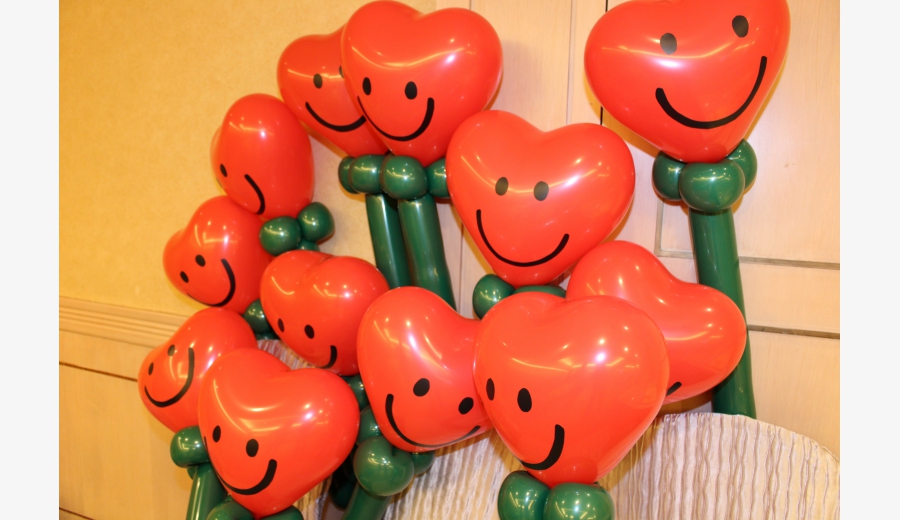 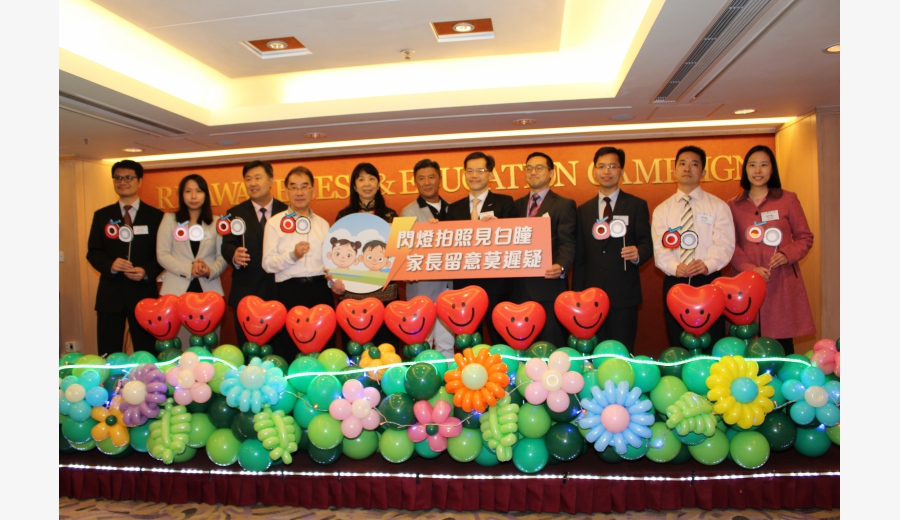 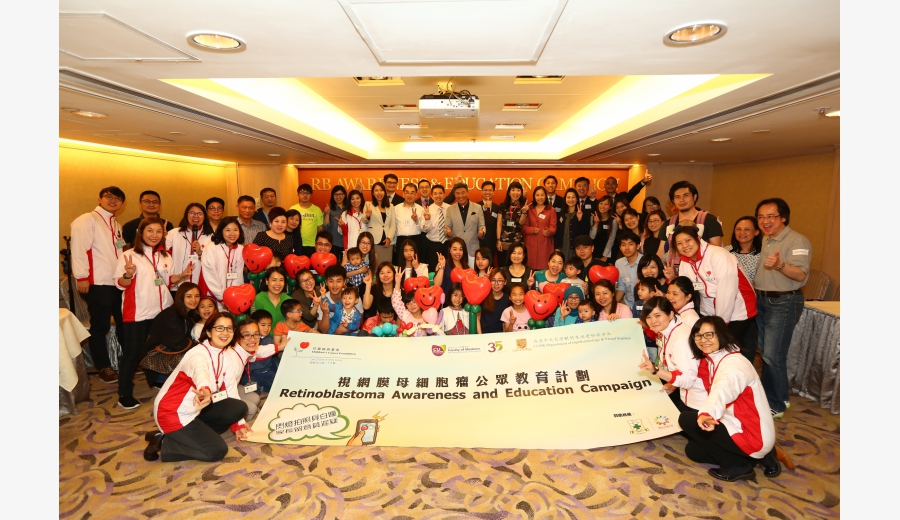